More Than Just Your Average IMO

Here at Rasberry Producer Group our main focus of course is being a top-notch IMO, but it goes so much deeper than that. RPG is committed to promoting those around us well as our beloved hometown, Laurel.

Two of our team members, Mallorie and Jim, have committed themselves to helping restore Laurel, and show other towns on how to do the same in their own neighborhood. 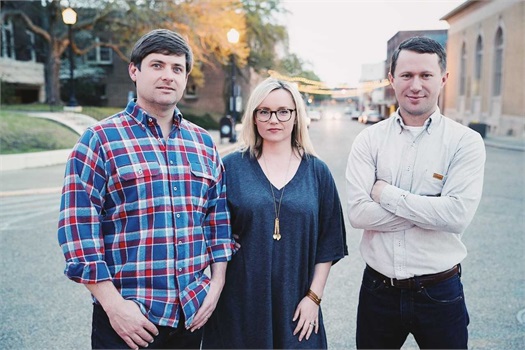 The trio may be featured on the big screen for their work with residential remodeling with show hosts, Erin & Ben Napier, but Josh, Jim & Mallorie got their start in downtown revitalization.

The Napiers, Nowells, and Rasberry’s are now more than just friends, they are business partners, real estate developers, USA Made advocates and are still very involved with downtown and active volunteers for Laurel Main Street.

It’s that dynamic that has given them the ability to tell their story of small town revitalization to millions of people on national television.